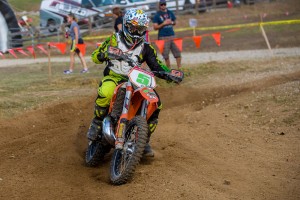 KTM, one of the most successful off-road teams in motorsports, recently announced its factory riders for its 2013 racing team.

The team will be headlined by Steward Baylor, who won the 2012 AMA National Enduro Championship and claimed second place in the GNCC X2 Championship. This will be his first season as a member of the factory team, allowing him to use top-of-the-line dirt bike gear to defend his crown and also advancing him up to the XC1 class of the GNCC.

"I feel we have a very strong team for 2013," said team manager Antti Kallonen. "We have put together a solid team of riders, each of whom is equally capable of winning a championship. ... We are looking forward to the 2013 season and a chance to win all the championships."

The team lost Russell Bobbitt, who left to sign with Husaberg.