The 2012 Husqvarna CR125 Is A Good Transitional Bike For Learners 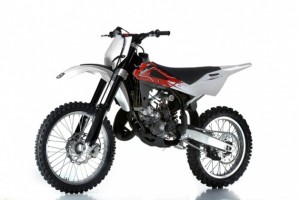 The Husqvarna CR125 is a staple in the dirt bike racing world, and the latest model does not fall short of expectations.[/caption]

The Husqvarna CR125 is a staple in the dirt bike racing world, and the latest model does not fall short of expectations. The 2012 CR125 is not only loaded with upgrades and new dirt bike accessories, but Husky managed to keep the price a few hundred bucks below those of its competitors - the KTM 125SX and the Yamaha YZ125. The Swedish motorcycle company is known for producing quality bikes at affordable prices, so it should come as no surprise that the new motorcycle's price tag outshines its competitors. What is a bit incredible is how much Husky designers were able to change and improve without affecting the cost to the consumer.

So what's new for 2012? Well Husqvarna went ahead and provided an optional power boost that bumps the bike from 125cc to 144cc with the top-end bore kit that has an extra cylinder and piston. This kit isn't something you have to go out of your way to purchase either, Husky actually includes it with the purchase of the motorcycle, leaving the installment up to the owner. If you do choose to upgrade the CR125 to the CR144, you'll find you have the ability to keep up in a competition against bikes in the 250F class. Or you can hang back and race against bikes with smaller engines until you're ready to take your riding to the next level

Even without the bore kit, the single-cylinder, two-stroke engine still impresses thanks to a TMX38 carburetor and a Ducati-made digital ignition. The company also included Bremco hydraulics in the braking and transmission systems, so shifting and stopping are smooth. In order to ensure the bike can be handled easily regardless of engine size, Husqvarna chose to evenly tune the front and rear suspensions, which results in a Goldilocks-eqsue performance. You won't over- or understeer on this bike. 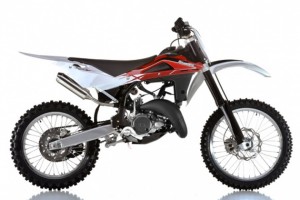 The 2012 CR125 will also come standard with a black frame and silver wheel rims for a bit of aesthetic flair.[/caption]

Last year, Husqvarna improved the frame of the CR125, so there were no major changes for the 2012 model in terms of the body. However, the company took the time to address the strength offered in the front end of the motorcycle. Gussets, thick pieces of steel connectors, were put in place on the new model to reinforce the steering area of the bike frame. The 2012 CR125 will also come standard with a black frame and silver wheel rims for a bit of aesthetic flair.