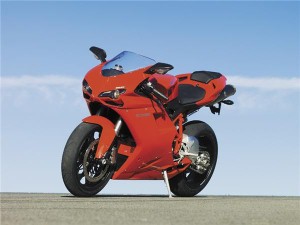 Actor Bruce Willis is auctioning off five motorcycles from his personal collection and donating the proceeds of the sales to the Boot Campaign. The charity works to spread awareness as to the needs of military personnel while also expressing gratitude for their service.

Willis' auction will begin this month and run through August 2013. A new bike will be put on the block every two months, and motorcycle enthusiasts will have at least 30 days to place their bids. Bikes going up for sale include a 1962 Cushman Eagle, a 1972 Harley-Davidson Ironhead Sportster XLH and a 2005 Ducati 1000 DS. The Ducati is currently accepting bids and boasts only 285 miles, according to Motorcycle.com.

Willis was born on a military base in Germany and has put a lot of time and effort into supporting the troops since becoming a movie star, including joining his love of motorcycles and street bike gear with various causes.