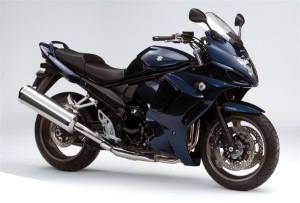 Ulrich also broke another impressive and important record - money raised. The rider brought in $6,314 for his efforts, which is almost $1,500 more than last year. Since the start of the event eight years ago, he has raised more than $27,000 for the RWAF, which provides safety precautions like inflatable guard rails at AMA racing events.

While the event may be over, those who still want to take part in the fundraiser can enter a drawing to take home a prize pack full of motorcycle accessories and ATV gear from sponsors like Lucas Oil.