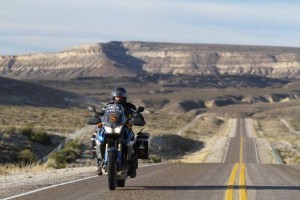 The Governors Highway Safety Association (GHSA) praised the efforts of the Government Accountability Office (GAO) after it released an evaluation of motorcycle safety practices. The GAO recommends that the federal government allow states to use federal funds to support motorcycle safety efforts while also providing states with better information regarding road safety and crash prevention.

According to The Detroit News, motorcycle deaths have increased 12 out of the past 13 years and currently account for one-seventh of people killed on U.S. roads. In an effort to reduce these numbers, the GHSA recommends allowing states the freedom to pursue new studies while also raising awareness of issues and supporting stricter safety legislation.

"States should be able to use their federal funds to support motorcycle advisory committees, [the] development of motorcycle safety strategic plans, enforcement of helmet and other motorcycle safety laws, programs to prevent impaired motorcycling and speeding, licensing improvements, and programs to encourage voluntary helmet usage and greater rider conspicuity," said Barbara Harsha, an executive director at the GHSA.

Specifically, the organization wants to encourage riders to wear Hi-Viz motorcycle apparel that increases their visibility to other drivers. They also wants revamped licensing options for bike owners.