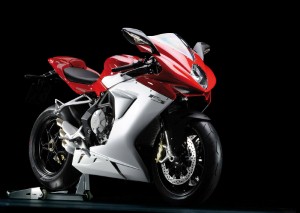 MV Agusta is partnering with the ParkinGO motorsports team to compete in the World Supersport Championship. The three-year contract will keep the manufacturer in the series from 2013 through 2015.

The ParkinGO team features the 2011 World Supersport Champion, Luca Scassa, who will likely be the lead racer for the team entering into the 2013 season. He will ride the MV Agusta F4 675, which is set to debut next year on the motorsports circuit.

"It gives me great satisfaction to announce this agreement with Team ParkinGO," said MV Agusta president Giovanni Castiglioni. "Personally speaking, for me it is a big and exciting challenge, as I have inherited from my father passion for racing. I am convinced that with the experience of engineer Massimo Bordi, who is involved in this project as well, we have all the right components needed to get important results."

The Italian company recently saw its bike named the most beautiful model at the 2012 EICMA Motorcycle Show, and now MV Agusta has a chance to reclaim its former glory in the motorsports world. In the past, the manufacturer has been a part of 37 world championship titles, Motorcycle Consumer News reports.