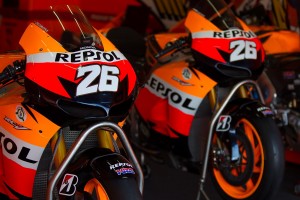 The Spanish government recommended that teams and riders affiliated with Repsol should not travel to Argentina, causing the proposed Grand Prix to be dropped from the 2013 schedule.[/caption]

MotoGP was originally scheduled to visit Argentina in 2013, but a warning issued by the Spanish government has forced the motorsports series to omit the stop from its upcoming season.

The series was set to race at the Termas de Rio Hondo circuit on April 14, with the racetrack signing a contract with Dorna Sports, the rights holder of MotoGP, earlier this year, Ultimate Motorcycling reports. However, problems arose when the Spanish government recommended that teams and riders affiliated with Repsol should not travel to the country as the Argentinian state took over various holdings Repsol had in the South American country.

Dorna Sports officials had a deadline of November 18 to finalize the 2013 schedule, and many were hoping that the official warning would be withdrawn by then, so the series could commit to Argentina. When the warning was still active at that time, Dorna was forced to eliminate the 19th round of MotoGP and the visit to Argentina.

Because the Spanish warning was not removed until after the deadline of November 18, MotoGP officials removed Argentina from the 2013 schedule. As a result, the season-opening race in Qatar was moved from March 31 to April 7.