Husqvarna has been stepping up its game with the 2013 lineup, and the TXC250R and TXC310R are no different. The dirt bikes have a number of upgrades that make them faster and more responsive on the track. The 250 is one of many bikes in Husky's lineup that has the new Redhead motor, which created an approximately 8 percent jump in horsepower and torque. The motorcycle company also paid close attention to the suspension and tuning of the new TXC250R, resulting in a ride many are comparing to the 2012 TXC310 rather than last year's 250. 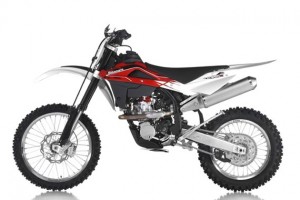 Anyone racing against one of these new bikes may want to watch out, as there's little doubt these rides will be competitive on the track.[/caption]

Husqvarna's Redhead motor is a single-cylinder, four-stroke engine with a 249.5cc displacement. The liquid-cooled system is equipped with electronic fuel injection and a Keihin throttle body for smoother, more efficient operation. In addition to these engine upgrades, Husky also included a new ECU map. The end result is a bike that offers far more low-end power than its predecessor, as this was a common complaint among Husqvarna fans last year. The engineers also revisited the suspension system, retuning the front Kayaba 48mm closed-cartridge fork. This provides better balance to compensate for the 2013 TXC250R's more powerful engine and handling that blows the competition off the track. 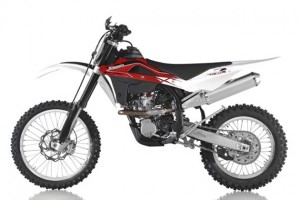 Both of Husqvarna's newest four-stroke dirt bikes are looking to be impressive rides that put their predecessors to shame.[/caption]

This larger bike has a similar engine with a 302.4cc displacement, and much like the 250 experienced a boost in power and performance, riders will notice similar effects of the 310. This bike has a bore and stroke of 82mm by 57.4mm, and Husky improved upon its radiator units to help with cooling. In addition to that, the new 310 is equipped with a magnetic oil sump plug that makes it easy to change the oil on this bike. Rather than going through the hassle of removing and replacing the oil filter, the liquid can be emptied and replaced while skipping this step on the 2013 model. This is a great advantage for everyone who handles regular maintenance at home, helping to save time and money.

Both of Husqvarna's newest four-stroke dirt bikes are looking to be impressive rides that put their predecessors to shame. They are more powerful and handle better, so anyone racing against one of these new bikes may want to watch out, as there's little doubt these rides will be competitive on the track.