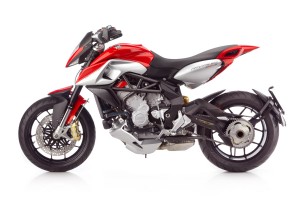 The 2013 MV Agusta Rivale 800 was voted as the most beautiful motorcycle at the 2012 EICMA Show. A poll of more than 15,000 visitors at the event in Milan, Italy, decided the final results, Motorcycle.com reports.

"For us it is a further recognition and confirmation of how much energy and resources MV Agusta is dedicating to the constant development of new products," said Giovanni Castiglioni, president and chief executive officer of MV Agusta. "After winning in 2010 with the unique jewel created by my father, the F3 675, it is an incredible satisfaction to win yet again with a completely new machine."

The EICMA Show is a staple in the world of motorcycles, with manufacturers showing off some of their best new creations every November. From bikes to street bike accessories, EICMA boasts the latest products from across the industry.