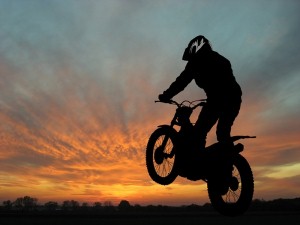 The Can-Am Grand National Cross Country (GNCC) Series announced its schedule for 2013. The 13-round series will visit all of the same motorsports venues as the past season, but in a different order than 2012.

"Our team worked really hard this [past] season to incorporate fresh trail with three new venues and the feedback has been really great," Jeff Russell, a trail boss, told Cycle News. "Pair that with the return of so many series favorites and we're pretty confident the racers will be happy with the outcome."

River Ranch, Florida, will be the site of the season premiere, as the GNCC series kicks off on March 9 to 12. It continues until October 26 and 27, concluding at the Ironman GNCC in Crawfordsville, Indiana. Other locations that will be hosting events include Georgia, North Carolina, South Carolina, Kentucky, Ohio, New York and West Virginia.

While the season runs from March until October, there are no races in the months of July or August. After the summer break passes, GNCC will close out the year with the final four fall races at Unadilla, Loretta Lynn's Ranch, Powerline Park and Ironman.