Tragedy Strikes At The MacauGP 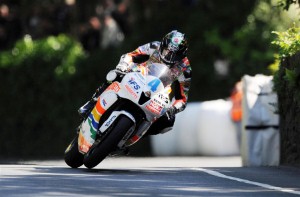 Portuguese motorsports racer Luis Carreira died following a single-bike crash in the qualifying rounds of the Macau Grand Prix at the Guia Circuit in China.

The 35-year-old Carreira crashed on a portion of the track known as Fishermen's Bend, with his motorbike catching fire during the incident. Medics rushed to his aid immediately after the accident and the on-site ambulance transported him to a nearby hospital soon after. He was pronounced dead about 20 minutes after arrival.

Race officials gave their condolences to Carreira's family and have pledged to help with the repatriation of his body to his home in Portugal, including taking care of all costs or government processes involved.

The Guia street circuit is widely considered to be one of the most demanding tracks in the world, according to Autoweek. It regularly hosts car and motorcycle races, and Carreira had raced there in the past, finishing fourth at an event in 2008, The Macau Daily Times reports. He also had made appearances in the Isle of Man TT and various Superstock races since the early 2000s.

Qualifying rounds were cancelled soon after the accident, but the Macau Grand Prix is still scheduled to take place on Saturday, November 17.