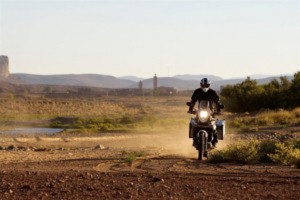 Riders for Health, the U.K. organization that provides health workers around the world with motorcycles for safe transport, raised more than $500,000 during its summer campaign. An online auction featuring sport bike gear and memorabilia from MotoGP helped to raise thousands of dollars.

The organization gained support from motorcycle enthusiasts across the U.K., as well as from MotoGP, which partnered with the campaign to raise awareness among its millions of fans. Professional riders from the motorsports circuit, including English native Cal Crutchlow, encouraged support and made several appearances and donations for the group.

"We are grateful for this recognition," said Andrea Coleman, the organization's chief executive officer. "Transport to reach the poorest in Africa is so often overlooked, but the money raised in this appeal means that we can ensure that even health workers in Africa will now have reliable transport to reach everyone in every community with the health care they so desperately need."

The British government matched the $509,000 donation raised by supporters, which brings the total amount to well over $1 million. The money will go to providing motorcycles for health workers in Africa, who use the bikes to reach remote villages.