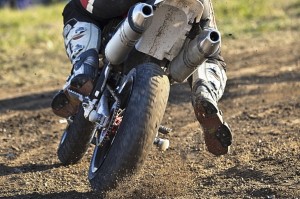 fans in the U.S. can mark the date on their calendars, as the 2013 Red Bull AMA Amateur National Motocross Championship will be taking place from July 29 to August 3. The event is held at the Loretta Lynn Ranch in Hurricane Mills, Tennessee.

"The 2013 season marks the 32nd year at the Loretta Lynn's Ranch and we couldn't be more excited," said Tim Cotter, director of MX Sports. "This event comes off the heels of our best National ever, complete with televised coverage on NBC and NBC Sports Network. So mark your calendars to attend the world's greatest motocross vacation!"

The Loretta Lynn Ranch hosts a number of motorsports events each year. It acts as a track for many of the top motocross circuits in the U.S., including the AMA ATV Championship, the Grand National Cross Country series and the AMA Amateur Motocross Championship. According to AM Soil, the motocross competition is the world's largest amateur race and is considered to be one of the premier events for young riders. Many top racers, including stars like Ryan Villopoto, got their start in the amateur race, competing in front of thousands of fans for what is likely one of the first times in their career.