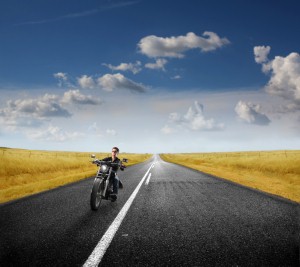 The 29th running of the Harley-Davidson Love Ride raised $440,000 for charity last weekend, adding to the more than $24 million that the event has raised in its history.

Auto enthusiast Jay Leno hosted the event, which is the longest running motorcycle fundraiser in the world, according to Ultimate Motorcycling. More than 4,000 individuals took part in the festivities, cruising down California streets to the main event at Castaic Lake. Food vendors, live entertainment and motorcycle trade shows were all on hand to keep participants busy, and Harley-Davidson gave away cruiser accessories and gear as prizes throughout the day.

"Love Ride 29 was an exciting climax to our third decade and the overwhelmingly positive response will certainly propel us full force into our fourth decade next year," Oliver Shokouh, who founded the event in 1984, told the news source.

In addition to Leno, participants were treated to other celebrity guests. Cast members from the popular television show Sons of Anarchy were on hand to meet fans, while Lorenzo Lamas took to the stage to sing the National Anthem.

The money raised will benefit the USO in its efforts to provide services for troops and military families.