France Walks Away With An ISDE Title Sweep 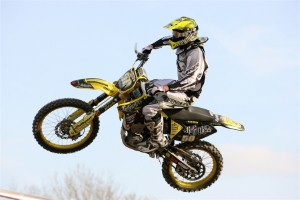 France exerted their dominance at the FIM International Six Days Enduro (ISDE) in Germany, closing out the event with strong finishes to win the men's, women's and junior titles in the motorsports event.

The European team crushed the competition in the men's class, leading the field from the first day and continuing to build up a lead ever since. Cycle News reports that France's Christophe Nambotin also grabbed the individual overall win, barely beating out his countryman Anthony Meo for the top spot.

Taylor Robert ended the event as the top American rider at seventh overall in the E2 division. His teammates Kurt Caselli, Russell Bobbitt, and Charlie Mullins all suffered from injuries in the first three days, while Mike Brown rallied to win the final race for the E1 class riders. Brown's strong performance in the sixth day helped Team USA to move from seventh to fourth overall.

Team USA also had some cause for celebration after the junior squad rallied back from a tough start to take home the bronze. The Americans finished just behind the top two teams of France and Great Britain, who were separated by less than three minutes.

The French women easily wrapped up the ISDE title, building up a lead of nearly two hours over second-place Germany. Their victory capped off an impressive performance by the French, who will now look ahead to defend their titles at next year's event in Sardinia.