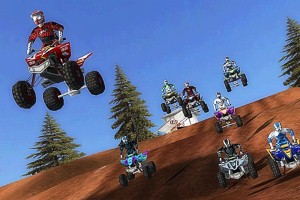 At the season finale at Loretta Lynn's MX in Tennessee, Wienen came in third and fourth in his two races, cementing his claim to the title. He had a 31-point lead over the second place competitor.

"Chad and his Ryan Cox-prepared YFZ450R have added their names to the Yamaha history books by winning the most prestigious championship in ATV MX racing," said Yamaha racing coordinator Donnie Luce. "This is a great championship for Chad, the entire Wienen Motorsports team and Yamaha Racing."

Wienen collected six wins and 10 straight podium finishes this season. While his consistent racing was a big reason why Yamaha won the AMA Pro ATV Manufacturer's crown, he was helped by teammate Thomas Brown's racing skills.

Brown ended the season at fifth overall after finishing fifth and third in the two Tennessee races. Wienen joined Brown in riding the Yamaha YFZ450R this year after creating his own team, Wienen Motorsports. He previously raced for Honda, Suzuki and Kawasaki.