No Surprise As Cory Graffunder Is Hare Scrambles Champion 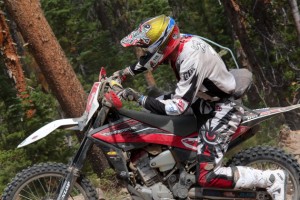 The Husqvarna rider only needed a solid result at Montana's Big Sky XC to clinch the title. Graffunder had a 12-point lead coming into the race, which was the final round of the series. He started at the back of the pack, and slowly began passing riders along the route until crossing the finish line in 15th place.

While Graffunder was the clear leader heading into this race, there was some doubt surrounding his health after a season-threatening crash at Glen Helen.

"I am still pretty banged up from my crash last month," Graffunder said. "Between my foot, and my back, it's been nearly a month since I've been on a motorcycle. I just had to come out here and ride a solid race. It didn't matter if I won the race; I just needed to score points."

Graffunder now looks ahead to the next round of the AMA EnduroCross championship series, which will take place in mid-September in California.