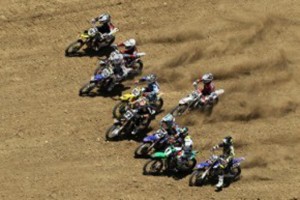 Soon six American youths will travel to Bulgaria to compete at the 2012 Federation International de Motocylisme Junior Motocross World Championship. The United States won the competition in 2010 and 2011, so the 2012 team strives to defend the title. motorsports fans can watch these riders compete with the best young racers in the world August 25-26.

"I feel that the opportunity to represent my country against the greatest riders in the world and showcase my talents is a major highlight in my motocross career. I have been training hard, and I am ready. I feel honored to follow in the footsteps of some of the greatest riders from the United States," said Jordon Smith, who won the Schoolboy 1 class at the 2012 AMA Amateur National Motocross Championships.

Connor Mullennix and Parker Mashburn will strap on their motorcycle helmets and compete in the 65cc class. Austin Forkner and Jake Pinhancos will defend the 85cc title and in the 125cc class are Jerek Balkovic and Jordon Smith. The AMA Motocross team is looking forward to furthering America's success at this international competition.