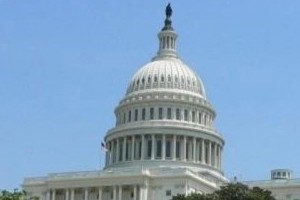 American Motorcyclist Association members who want to know where candidates stand on motorcycling related issues heading into Election Day should check out the 2012 AMA Voter Guide. The online tool is an exclusive benefit of AMA membership.

Motorcycle-only checkpoints, restricted recreational access to public lands and health insurance discrimination against motorcyclists are just some of the issues used to rate federal congressional (and soon, state gubernatorial and presidential candidates) in the 2012 AMA Voter Guide.

"The 2012 AMA Voter Guide gives AMA members important information about political candidates," said Wayne Allard, a former U.S. representative and U.S. senator from Colorado who now serves as the AMA vice president for government relations. "The guide includes a rating for every federal candidate of the major political parties who returned an AMA questionnaire. Very soon we'll be adding the gubernatorial and presidential candidates as well."

The AMA 2012 Voter Guide is part of the AMA "Vote Like A Motorcyclist" campaign to help members decide how to cast their ballots in the upcoming elections.

"The AMA is a non-partisan organization and doesn't make political endorsements," explained Allard. "But we do provide tools to help our members make informed choices on Election Day and offer tips for getting involved in campaigns.

Voting and getting involved politically are important because the results of Election Day lay the foundation for legislation and laws, Allard added. If anti-motorcycling candidates earn elected office, then they could legislate away opportunities to ride, cut back or eliminate funding for rider safety training, or even wipe out other programs that motorcyclists have spent years working to implement.

"We encourage AMA members and all riders to cast their ballots and work on political campaigns based, in part, on candidates' positions on motorcycling related issues, as well as other issues of importance to them," Allard said.

To learn more about the AMA's "Vote Like a Motorcyclist" campaign and to access the AMA 2012 Voter Guide online member benefit, go to www.americanmotorcyclist.com/membership/members_only/voterguide.aspx.