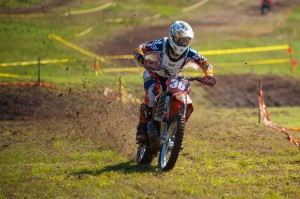 KTM rider Steward Baylor claimed his fifth victory of the season after taking the win at the seventh round of the AMA National Enduro Series with a 2 second margin over 2nd place finisher Mike Lafferty.

Baylor proved his strength has returned as he lined up for the start of the Rattlesnake Enduro now almost completely healed from his early season wrist injury. Baylor started the race well, matching Lafferty for the 2nd fastest time in the first special test.

In the second test, Baylor topped the charts and moved into the lead. He then finished inside the top three on the next three tests, matching Lafferty again on the fifth test. Heading into the final test, Baylor trailed Lafferty and knew he had to throw down a great time in order to come out with the win. Baylor succeeded at his task and set the fastest time in the final test to win with a 2 second margin over Lafferty.

Baylor's win helps strengthen his points lead on the series. With three rounds remaining, Baylor now has a 23 point lead in the championship standings. 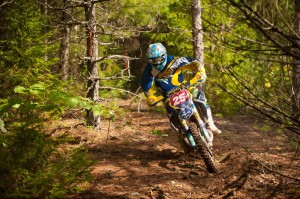 After taking a win at the Wyoming round, Lafferty was eager to repeat his success at the Rattlesnake Enduro - Photo: Shan Moore[/caption]

Husaberg Factory riders Mike Lafferty and Nick Fahringer both landed on the podium at the seventh round of the AMA National Enduro Series finishing 2nd and 3rd respectively.

After taking a win at the Wyoming round, Lafferty was eager to repeat his success at the Rattlesnake Enduro. Lafferty got off to a great start in the first test section matching the second fastest time with KTM rider Steward Baylor. Lafferty and Baylor would remain close in times on the next two tests.

It was Fahringer who picked up the pace in the fourth test. "I rode overly cautious in the first few tests and finally stepped up to the plate at the end of the race," commented Fahringer. The Husaberg rider turned the fastest time in the fourth test to take the section win with Lafferty finishing 2nd and Baylor in 3rd.

Fahringer's win in the fourth test moved him up in the rankings while Lafferty's 2nd in that test put him in the lead. Fahringer turned another remarkable ride in the fifth test where he, again, walked away with the win. Lafferty tied Baylor in the fifth section to remain in a close chase for the overall. 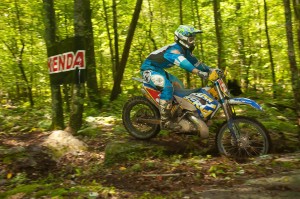 In the final test, Lafferty put together a great performance but suffered a small fall when he hit a log and came up just 2 seconds short of claiming the win. The overall went to Baylor, while Lafferty finished 2nd and Fahringer hung on for 3rd.

With three rounds remaining, Lafferty now sits 23 points behind Baylor in the championship point standings. "There are still three rounds left, and anything can happen," stated Lafferty. "I'm just going to continue doing my best and will try to win the final three rounds to hopefully close the gap and work toward a championship title."