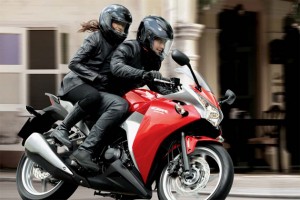 Some riders don't solely focus on power when it comes to their next purchase. When I was younger, I really only cared how fast the bike went. While I still like a thrill every now and again, I'm looking for something more practical now. The Honda CBR250R isn't the kind of bike that will blow the doors off of commuters on the freeway. But it is a good choice for those who are now commuters themselves.

The 2011 Honda CBR250R is a great little all-around bike. Now, those of you out there who are a fan of sports bikes will immediately recognize the "CBR" in the name. That's from Honda's high-performance sport bike line, which ends with the CBR1000RR. You might have seen Casey Stoner flying one of those around the track during MotoGP.

Get that image out of your head, because while the CBR250R shares a similar name, it's a much different bike. I'm not sure why Honda really chose to tie this model to its high-performance lineup - maybe just for the prestige. That's not to say the bike doesn't have some power, but it's really not going to do much for the sports bike maniacs out there.

Think of the CBR250R as more of a beginner's bike, or one for someone who doesn't want to drop $10,000 on a motorcycle. This is a no-frills sports bike designed to be an everyday rider. It's no secret that Honda's CBR250R is pretty much designed to compete with the Kawasaki Ninja 250R, so if you know someone who owns that you'll have an idea of what the 250R is packing. 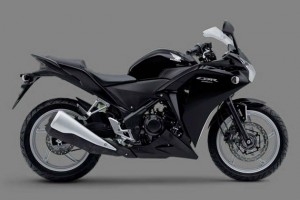 The 2011 Honda CBR250R is a great little all-around bike, just about the perfect bike for both new and old riders.[/caption]

I think the CBR250R is just about the perfect bike for both new and old riders. For those just beginning to learn, it's got a low motorcycle seat height to ensure it's not too tough to handle. Also, the low power means there's not a big chance of injuring yourself. Many women also found this a good bike for them because they don't want to deal with the larger models.

Yet I find the CBR250R to be a very relaxing bike for old-timers like me as well. I've ridden plenty of bikes over the years, and there's something about this one that takes me back to a time when motorcycles were less complicated. The CBR250R is good for all your non-track activities, whether you're riding to work or going on a slightly longer trip. Plus, it gets excellent fuel efficiency, which is something we can all appreciate with today's high gas prices.