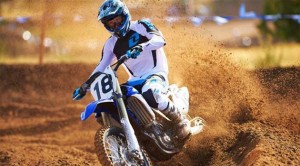 The Yamaha YZ450F has a new white rear fender and some updated graphic options.[/caption]

I love the summer, not only because it means I have more time to go riding, but also because all the major manufacturers are announcing their plans for their new models. Even though it's a rare occasion when I actually go out and buy a new dirt bike, it's still fun to see all the changes that are coming to the new bikes on the market. Which is why I have to say I'm slightly disappointed in Yamaha's latest announcements, as all of their 2013 dirt bikes are staying virtually unchanged from the previous year.

The only updates to the 2013 Yamaha lineup are cosmetic in nature. The YZ450F, the main dirt bike in the lineup, has a new white rear fender and some updated graphic options. You can also now get an all-white version of the bike, which I have to admit does look slick and an option I might consider if I was buying the YZ450F for the first time. Other than that, the one change to the bike is the switch from Pro Taper handlebars to Yamaha-branded handlebars, which are essentially exactly the same.

I get it - manufacturers can't update their lineups every year, there just isn't enough money to go around. However, I think the YZ450F is badly in need of an update - especially when you consider what other manufacturers have been doing with their top bikes lately. And the YZ450F needs an update for its public image. Remember, James Stewart told ESPN last month that his reason for leaving Joe Gibbs Racing was "not the team. It's the new Yamaha." Stewart said he felt like he "couldn't win" on the bike. And when you consider he won four motos in a row as soon as he switched to Suzuki, those criticisms seem to carry some weight. 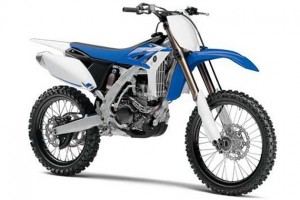 In a world where just about every dirt bike seems to be four-stroke, I like that you can still buy an awesome two-stroke model, such as the 2013 Yamaha YZ250F.[/caption]

The YZ450F isn't the only bike in Yamaha's off-road lineup. One of the big shocks for me when reading through Yamaha's 2013 bikes was that the YZ250F would not be receiving fuel injection. This leaves the YZ250F as the sole 250cc dirt bike on the market that's still carbureted. I do like, however, that Yamaha will still be importing the YZ250. In a world where just about every dirt bike seems to be four-stroke, I like that you can still buy an awesome two-stroke model.

One positive thing to take away from this announcement is that Yamaha is obviously saving money for something big. While it may sting that there aren't any big changes for the brand this year, I'm sure Yamaha has something planned for next year's dirt bikes.