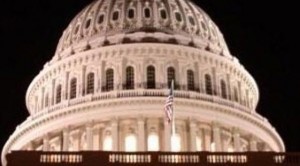 One of the more critical issues for motorcycle lobbyists in recent years has been the dispute over motorcycle-only checkpoints. The American Motorcyclist Association (AMA) and its political allies have been fighting against the funding for these checkpoints at both the state and federal level, as they believe the checkpoints unfairly single out motorcycle riders as opposed to all motorists.

Now, more than 30 bipartisan members of Congress have drafted a letter to be sent to the House-Senate Surface Transportation Reauthorization Conference Committee. The letter asks committee members to include language in their next report that would prohibit the Secretary of Transportation from setting aside federal grant money for states and towns that enact motorcycle-only checkpoints.

"MOCs [motorcycle-only checkpoints] are a controversial and unproven method of addressing motorcyclist safety and have not been an efficient use of limited federal dollars," the letter states."The very existence of this program essentially profiles a group of citizens - the motorcycling community - for operating a legal mode of transportation."

According to the AMA, federal money was used to fund motorcycle-only checkpoints in the state of Georgia ahead of the Daytona Bike Week last year. Cops in Georgia stopped motorcycles riding through the state on the way to the rally. The checkpoints have also been used at other high-profile events, such as the Rolling Thunder rally in Virginia.