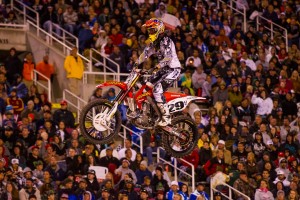 Chaparral Motorsports is getting back in the racing business by announcing a new sponsorship deal with Andrew Short and L&MC Racing.

Short and his team, which is co-owned by Jeremy McGrath and Larry Brooks, lost their sponsorship several weeks ago, according to Cycle News. That didn't appear to slow Short down, as he notched his first-ever AMA Supercross win last week. Now, Chaparral has signed a new sponsorship deal with the team.

The California-based motorcycle dealer has experience with McGrath and Brooks. From 1998-2000, the McGrath and Brooks team, sponsored by Chaparral, won three AMA Supercross championships in a row. The new Chaparral livery debuted at the Salt Lake City Supercross and will continue through the AMA Motocross series.

[caption id="attachment_11993" align="alignleft" width="300" caption="Chaparral Motorsports is getting back in the racing business by announcing a new sponsorship deal with Andrew Short and L&MC Racing. - Photo: Frank Hoppen"] 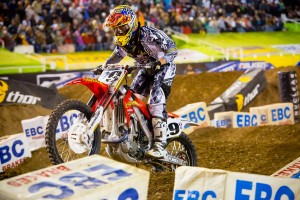 "We are missing a number-one plate for the AMA Motocross Outdoor series - and want to add a motocross championship to a list of accomplishments that Chaparral has been a part of," Chaparral Motorsports' Dave Damron told the news source. "Andrew Short's proven success in the outdoors - and the recent Seattle win - Larry Brook's dedication as a team manager, and Jeremy McGrath's championship success are the winning combination to a number-one plate."