The American Motorcyclist Association (AMA) is urging all road users to look around, check your mirrors, and consciously watch for motorcycles during Motorcycle Awareness Month in May 2012.

Through legislative and gubernatorial proclamations around the country, May has been declared Motorcycle Awareness Month. The outreach to remind road users to share the road with motorcyclists and make a conscious effort to look for them is an annual effort by the motorcycling community, particularly since in many states few motorcycles were on the road in the winter and early spring months.

The AMA request follows the association's successful "Get Out And Ride!" Month of April, which encouraged motorcyclists everywhere to enjoy the passion and excitement of motorcycling in the dirt and on the street. Each week during AMA Get Out and Ride! Month, the AMA focused on a special motorcycling theme, from riding solo to riding with others to riding for a cause to riding smartly.

"Motorcyclists take to the highways in large numbers every spring, and it's the responsibility of all road users to acknowledge us safely and attentively," said AMA President and CEO Rob Dingman. "This is why many states and local governments officially promote motorcycle awareness during the month of May.

"Unfortunately, many road users are not always mindful of those with whom they share the road, and an annual reminder is helpful for them to recognize the flow of motorcycles in traffic, and make an extra efforts to watch for motorcycles," Dingman said.

Drivers can avoid crashes with motorcyclists by taking extra care to watch for motorcyclists, especially at intersections, respecting the motorcyclists' space on the road and by not following too closely.

"If all drivers would make a conscious effort to look twice before turning left across the oncoming lane of traffic at an intersection, crashes could be prevented and lives would be saved," Dingman said. 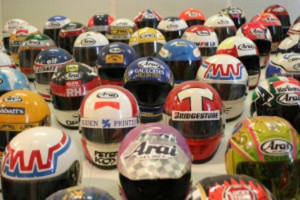 For motorcyclists, the AMA strongly encourages the use of personal protective equipment -- including gloves, sturdy footwear and a properly fitted motorcycle helmet certified by its manufacturer to meet the U.S. Department of Transportation standard -- as part of a comprehensive motorcycle safety program to help reduce injuries and fatalities in the event of a motorcycle crash.

The AMA has long encouraged local and state governments to maintain or increase funding for motorcycle rider education and motorist awareness programs -- two highly effective strategies to reduce the likelihood of motorcycle crashes.

The AMA also successfully lobbied for a new study into the causes of motorcycle crashes, which will be the first such comprehensive research in 30 years. The Federal Highway Administration has undertaken a crash causation study at the Oklahoma Transportation Center, an independent and well-respected transportation research facility at Oklahoma State University in Stillwater, Okla. The study is expected to conclude in a year or two.