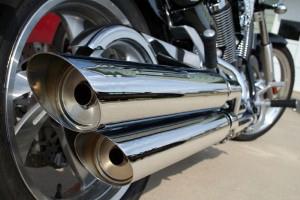 TV's American Chopper custom bike building team recently designed a cruising motorcycle to benefit the March of Dimes on their latest show "American Chopper: Senior vs. Junior." The Huffington Post reports the bike's soft purple hues reflect the nonprofit organization's color scheme and give the motorcycle a gentle appeal. The bike's overall design is a bit edgier, staying true to the styling of Paul Teutel Jr.

"We wanted it to be March of Dimes, but we also wanted it to have a little toughness," Paul Jr. said at the unveiling.

The Discovery Channel followed the bike's production, which began in November of last year. The finished chopper was unveiled in Hudsonville, Michigan, and Michiganders will have a chance to own this custom ride, according to the Holland Sentinel. A statewide raffle of the motorcycle will be held to raise money for the March of Dimes, and the winner will be chosen on November 19, 2012.

This is the first time any bike designed and built by Paul Jr. will be made available to the public.