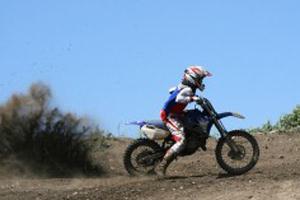 The Baja San Felipe 250 hasn't exactly been the most exciting race for the past decade and a half, as Honda's dominance actually chased all other manufacturers from the competition. The first of three off-road races in the SCORE Desert Series, the San Felipe 250 has been won by a Honda team 15 years in a row. This year, that could all change.

Kawasaki, KTM and Husqvarna all once challenged Honda in the competition, but the three manufacturers pulled out of the San Felipe in recent years due to rising costs and Honda's dominance. In fact, prior races of the San Felipe have basically been Honda racing its own two teams against a bunch of independent riders. While Husky has still not returned, Kawasaki and KTM are coming back with formidable new teams set to challenge Big Red south of the border.

Meanwhile, Kawasaki has put together two teams of veteran off-roaders: former National Hare & Hound Champions Destry Abbott and David Pearson, and former Baja Champions Steve Hengeveld and Robby Bell. Whatever the outcome, it appears that this year's San Felipe 250 will be one of the best in years.