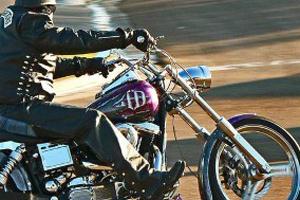 Although motorcycle-only checkpoints are not all that uncommon across the country, the legality of these stops has been called into question in numerous states. The American Motorcyclist Association recently revealed that Virginia is the latest state to ban the practice.

At rallies and rides across the country, police have sought to promote safety by setting up checkpoints on the roads leading to the event. However, some feel this is an act of discrimination, as they do not pull over those riding in cars, only motorcycles.

The state of Virginia agreed, and on February 28th Governor Bob McDonnell signed into law H.B. 187, which will prevent police forces from enacting such checkpoints. The new law will go into effect on July 1 of this year.

"Officials say they set up these motorcycle-only checkpoints to pull over motorcyclists to check for safety violations," said Rick Podliska, a Virginia resident and AMA deputy director of government relations. "But if officials are really concerned about motorcyclists' safety, then they need to stop discriminating against us with these checkpoints and start supporting programs that prevent motorcycle crashes, such as rider safety training and driver awareness programs."