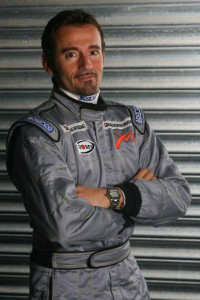 Defending champion Carlos Checa got off to a bad start in the opening World Superbike race, but was able to bounce back in the second round with a victory at Philip Island, Australia.

In the first race of the weekend, Checa quickly passed early leader Tom Sykes and was in control of the race by the third lap. Unfortunately, he wasn't able to hang on to that margin, crashing soon thereafter. The lead was then inherited by Italian Aprilia rider Max Biaggi, who rode for the win. Marco Melandri and Sylvia Guintoli rounded out the podium.

The second race was nearly the exact opposite. Biaggi was running strong on the first lap but accidentally went off the track and allowed the other riders to pass him. That allowed Checa to get the lead and build up a five-second margin on the rest of the pack. Biaggi eventually stormed all the way back to take second and the overall victory for the weekend with a 1-2 finish. Tom Sykes took third.

After the first round, Biaggi is up 15 points on his competitors, mainly due to Checa not finishing the first race. Melandri is in second overall, while Sykes is just one behind him.