Chad Reed Out For Rest Of Season 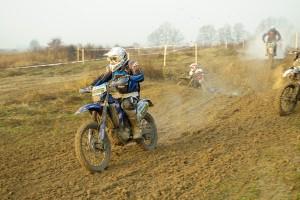 After suffering an injury during this weekend's AMA Supercross event in Arlington, Texas, it appears that Australian rider Chad Reed will miss the remainder of the season.

Reed was challenging Villopoto at front of the pack when he lost his balance heading into the troublesome whoops section, causing him to flip over his handlebars. Reed's motorcycle boots got caught awkwardly on his footpeg as he went down, and he immediately grabbed his knee once he was on the ground.

Doctors later found out that Reed tore his ACL, injured the T6 vertebrae in his spine and also broke two ribs, his tibia and fibula. Obviously, such serious injuries mean that Reed will be out quite awhile, missing the rest of the Supercross season.

"To say I am hurting right now would be a major understatement," Reed said in a team press release. "I am just trying to figure out what hurts more, the injuries or the fact that I am going to be out for a while with knee surgery. This is bitterly disappointing. I felt like I had everything in my corner this time. I've never felt more comfortable, from the bike and team to my riding."

The Honda rider went on to say that he hopes to be back on a bike in time for the AMA Motocross series this year, but there's no timetable for his return as of yet.