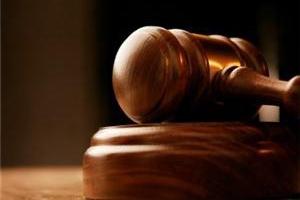 A motorcycle that paid tribute to the passengers and crew who died on United Flight 93 in 2001 recently sold at an auction and brought in a hefty sum - $50,000. The Barrettt-Jackson auction in Scottsdale, Arizona, was broadcast on national television, according to The Pittsburgh Tribune-Review.

The bike was donated by Georgia businessman Bob Johnson, who won the bike at a previous auction for the price of $40,000. He re-donated the bike for this most recent event. All proceeds will go to the 2011 Roar on the Shore charity which funds the Flight 93 National Memorial in Shanksville, Pennsylvania.

The motorcycle features a vibrant red paint job and is adorned with the names of the 40 people who died in Shanksville during the September 11 terrorist attacks.

Many lovers of motorcycles and motorcycle accessories have done their part to show respect for the victims of 9/11. Pittsburgh Live reports that on the 10th anniversary of the terrorists attacks, 300 riders from the Keystone state traveled to Shanksville to be a part of the memorial dedication ceremony.