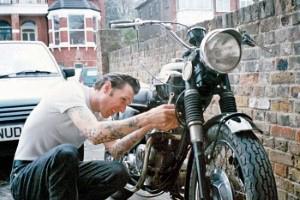 The world-famous Du Pont family sold off their motorcycle collection for more than $1 million, reports AllAboutBikes. The final tally of revenue generated by the auction exceeded pre-sale estimates by more than double.

The priciest items in the auction were definitely the Indian motorcycles, many of which were kept pristine over the years. A 1906 Indian Camel Back in original condition sold for $72,540, the highest of any model at the auction. The next closest model was a 1915 Indian Twin Board Track Racer in unrestored condition, which went for went for $67,860. Paul du Pont was at one time the president of the Indian Motorcycle Company, which is how his family came to own some of the rarest bikes in existence.

The Du Ponts also had a large collection of vintage motorcycle parts, which fetched more than $200,000 in total. Overall, more than 50 bikes and 100 parts were sold at the auction, which was put together by Bonhams Auctions.

"We are very pleased with Bonhams, their personnel, their knowledge, their courtesy and their results," Everitt du Pont told the news source following the auction.