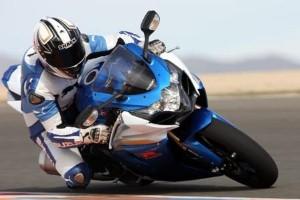 Sportbike rider Cameron Beaubier has suffered a setback in his off-season training, as the rider broke his leg when he crashed during a practice run at his home in Marysville, California.

Beaubier has already gotten surgery on the leg at the National Surgery Center in Los Gatos, California, reports Cycle News. The injury Beaubier sustained was to his tibia bone. The rider has been recovering in the hospital since the surgery and is expected to be released from the hospital before the end of the year.

From there, it will likely be a month before the rider is able to begin his training regimen again. Fortunately, Beaubier is not scheduled to start riding in competition until March, when he will compete in the Daytona 200. The rider is making his debut for the Yamaha factory team this year.

"Our best wishes go out to Cameron," team manager Keith McCarty said in a press release. "We hate to hear about any rider getting injured, and our thoughts are with him. Cameron is proof that there's no off-season in motorcycle racing, and he was on the gas and training hard for his debut in the Daytona 200 aboard the Y.E.S./Graves/Yamaha R6. We wish him well and hope to see him back to 100 percent soon."