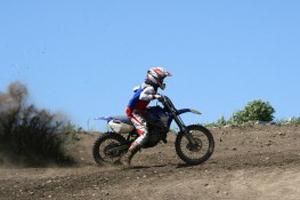 The series will once again consist of 13 races, utilizing a two-day weekend format at each venue. ATVs will compete on Saturday, while motorcycles race on Sunday.

The competition will once again kick off at Westgate River Ranch in Florida on March 10th, which coincides with Daytona Bike Week. Other favorite tracks returning include Snowshoe Resort, Unadilla MX, Ironman and Loretta Lynn's, the latter of which will once again host the finale.

However, the highlight is likely the three new tracks that are joining the schedule, with venues in West Virginia, Indiana and Kentucky debuting for the very first time.

"We're really excited to introduce three new venues to the GNCC schedule next year," GNCC Trail Boss, Jeff Russell, told the news source. "Since the Loretta's GNCC, we've been traveling all over to find new venues for our GNCC Racers and I think the fresh trail and new scenery will add a whole new level of excitement for everyone."