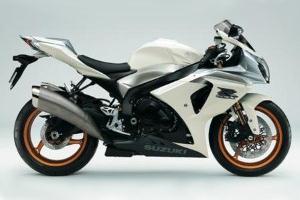 Ben Bostrom recently re-signed with Michael Jordan Motorsports along with Roger Lee Hayden after the duo had a strong finish to close out the 2012 AMA Pro Road Race season. Speaking in a phone interview with Cycle News, the team made it clear that recent changes to the Suzuki GSX-R1000s were a big reason why.

"I'm so, so happy on the bike," Bostrom told the news source. "It's fun to ride. Even when you're feeling fatigued from like, I don't know, a whole day of testing you go out there and they say to do a long run on the tire and you don't mind doing it because you get energized just from sliding the bike around because you're enjoying every aspect of it. So it's a lot easier to go fast like that. The team's done a super job getting the bike to where it is. Honestly, it's so fun to ride. I love it."

Bostrom had a chance to get reacquainted with the bike when the team headed down to Homestead-Miami Speedway, which was just announced as an official track on the schedule for next year. The season doesn't start for several months, but Bostrom seems clearly excited about the team's prospects.