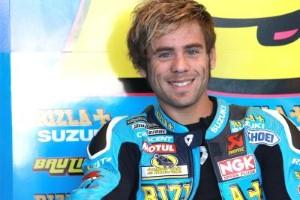 MotoGP rider Alvaro Bautista injured his femur during a crash at the Qatar Grand Prix this year, and the veteran underwent surgery in order to repair the damage. Bautista recently reported that the surgery to remove the pins in his leg was a success, and he should be back on the bike for the beginning of the 2012 season.

"Thanks to the all the staff at the USP San JosÃ© hospital and Dr. Angel Villamor's terrific team, who have always treated me well," Bautista told motogp.com. "Now I'll rest and tomorrow morning I'll get discharged to rest at home."

The former Rizla Suzuki rider was injured at the very first practice before the first race of the season, and had to undergo emergency surgery. Though he was able to ride later in the year, he was uncomfortable because of the pins the doctors put in his leg, though they needed to be there so the injury could heal.

Bautista has joined Team San Carlo Honda Gresini for the 2012 season, filling the void that was left by the tragic death of Marco Simoncelli.