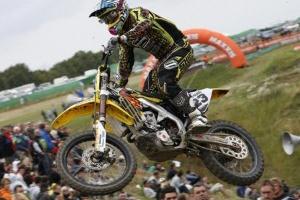 MX Sports Pro Racing, the organizers of the Lucas Oil AMA Pro Motocross Championship, have announced the official schedule for next year's competition, hitting many of the same tracks as this year's season.

In fact, all but one of the 12 races on the schedule will be a repeat of last year. Motocross fans are certainly familiar with tracks like Hangtown, Budds Creek, Thunder Valley and more. The series will kick off on May 19th in Hangtown and run through September 8th.

One change for this year is that the final round will not be held at the Pala Raceway in California. The last race will still take place in Southern California, but at a track that is yet to be announced. Of course, this has kicked off speculation that the final race could be moving to Glen Helen or the recently revamped Lake Elsinore Motorsports Park, or it could end up going to a dark horse candidate.

"We are very fortunate to have so many great, iconic motocross tracks as part of the Lucas Oil AMA Pro Motocross Championship-tracks that challenge the racers and have strong, loyal fan bases that come out to see these races," said MX Sports Pro Racing President Davey Coombs. "This series is the pinnacle of professional motocross, and the growth we've seen in the last three years for both the live audiences and television viewers watching from all over the world has been outstanding."