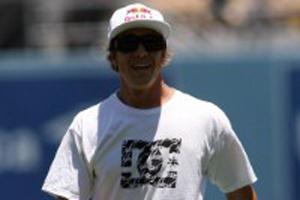 Red Bull has announced that its popular "New Year. No Limits" program will be returning this year on New Year's Eve, with both Levi LaVallee and Robbie Maddison making return appearances.

The special began in 2007, when Maddison jumped his motorcycle 322 feet over a football field. The next year, Maddison made headlines when he jumped the bike on top of the Arc de Triomphe at Paris Las Vegas, then made it back down again. In 2009, Travis Pastrana completed a 269-foot jump in his rally car, clearing a water gap and landing on a barge.

The show had to be cancelled last year because LaVallee, who was scheduled to make a snowmobile jump, was injured while training for the stunt. Just before getting injured, he set a new world record of 361 feet for a snowmobile jump.

Now LaVallee and Maddison will be riding side by side over a pool of water in Embarcadero Marina Park that measures more than 300 feet. LaValee will be looking to break his record of 361 feet on his snowmobile, while Maddison is aiming for 400 feet on a motorcycle, which would shatter the current 391-foot record.

"I am so pumped to be able to come back to Red Bull: New Year. No Limits," said LaVallee. "Last year obviously didn't go the way I was hoping, and I am excited to have another chance at this amazing opportunity."