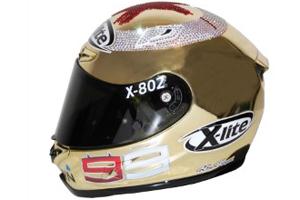 It's been ten years since Florida repealed a law that required all riders to wear motorcycle helmets, but safety advocates in the state are still doing all they can to convince riders that it's a good idea.

In 2000, 99 percent of motorcyclists in Florida wore helmets, reports the Sun Sentinel. The law was repealed in 2001 and the numbers quickly dropped off. In Broward County, for example, just 49 percent of riders opted to wear a helmet in 2002.

Now, however, safety campaigns and advertisements aimed at motorcyclists have helped build those numbers back up. Broward county has jumped to 55 percent usage, while Palm Beach went from 44 percent in 2002 to 47 percent today.

Safety officials in the state credit their campaigns and a 2008 law requiring motorcyclists to take a safety course as helping bring usage up - and bring down the death rate, which is particularly high in Florida compared to the rest of the country. Thirty percent of motorcycle deaths in Florida are due to brain injuries, reports the news source.

Rax Vega, a Florida motorcycle instructor, says that a nasty crash convinced him to urge the use of a helmet to all of his students.

"I have enough good information to convince them it's worth it," he told the news source. "And most will go out and get a helmet."