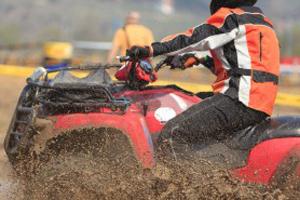 Borich, competing in the XC1 Pro class, put together a thrilling come-from-behind win in the final race of the season, with a last-second pass to seal the victory. Borich has already clinched the championship with strong racing earlier in the season, but his final push to the finish line gave him a dominant nine wins on the season.

While Borich won the premier division, Fowler may have had the more impressive season, even though he was a level down in XC2. The young rider made history with an undefeated season, winning all thirteen races. Fowler rode well to pick up the win in the final race, later telling ATV Rider Magazine that he tried to ignore the feat when he was out on the course.

"I just tried to keep it out of my mind, it was kind of a big pressure situation," Fowler told the news source. "I just rode my own race and tried to stay out of trouble."

Even better for fans is the fact that these two will be going head-to-head next season, as Fowler is stepping up to the professional class, where he will face Borich and other top riders.