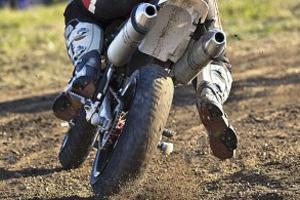 The 2011 AMA EnduroCross Championship concludes next week in Las Vegas, but organizers are already looking ahead to next year. The AMA recently revealed the schedule for the 2012 season, with an additional round added to the series.

Making its debut on the schedule this year is the city of Sacramento, which will host the second round of the championship on June 9th at the Power Balance Pavilion.

Like last year, the event will begin and end in Las Vegas at the Orleans Arena. The racing series will kick off on May 4th, one day before AMA Supercross ends its season in Las Vegas. The series will conclude in Vegas on November 17th.

Round three of the series will be held in Los Angeles as part of the X Games next year, though no official date has been revealed. Only the Expert class will be competing at the X Games. From there, EnduroCross will move on to Ontario, California; Denver, Colorado; Everett, Washington and Boise, Idaho for rounds four through seven. These races are all returning from the schedule this season.