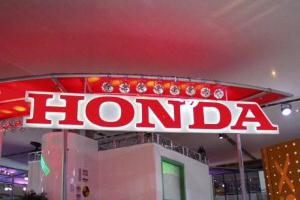 Chad Reed struck out on his own at the beginning of last year and formed a new racing team, TwoTwo Motorsports. While he started the year riding on his own Hondas and providing his own equipment, he ended it with factory support from the Japanese manufacturer.

Now, Reed has announced that he has made an official deal with the factory for support for the 2012 season. Reed will get all of the same support that official riders Justin Barcia and Trey Canard receive with their bikes, but still operate independently of the official Honda team.

"I've been working with Honda over the last few months, trying to come up with a deal that we're both comfortable with and happy with, and we've got a two-year commitment," Reed told Cycle News. "For me it's huge going into another year and riding Hondas. To align yourself with Honda and have the good dirt bikes and dirt bike parts, and all of the guys on the race team, the upper management, they've been awesome to work with this year. I'm really looking forward to it."

Reed clarified that he himself had not signed with Honda, but his team did. The racer will be competing in the 2012 season, but has not decided about his future beyond that. If another racer were to take his place on TwoTwo, they would enjoy the factory support instead.