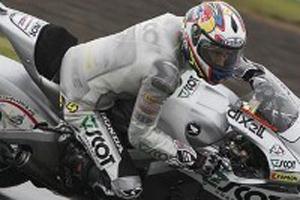 The top 10 riders in the AMA Pro Vance & Hines XR1200 Championship will have a chance for nice extra payday next year, as AMA has announced a new race for 2012.

The XR1200 Showdown will be the final race of the year and will only feature the top 10 riders in the points standings. AMA, Vance & Hines and Harley-Davidson are putting up a purse of $60,000 for the race. The winner of the Showdown will get $30,000, while the remaining cash will be split up between the other nine riders. Normal races in the competition feature a purse of just $10,000.

"This further emphasizes the commitment from AMA Pro Racing, Vance & Hines and Harley-Davidson," said David Atlas, Chief Operating Officer of AMA Pro Racing. "We want to send a strong message to our teams and riders that we will reward them for their efforts. The addition of the XR Showdown is sure to produce even more world-class racing action."

The XR1200 series features every rider on a specially-modified Harley-Davidson XR1200, competing in 10 races throughout the season. The series is part of the AMA Pro Road Racing group and typically runs at the same track as AMA Superbike and Sportbike races.