Dungey And DeCoster To Reunite At KTM 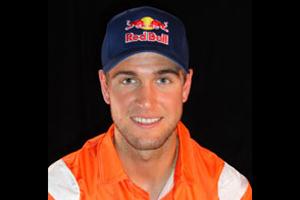 It's been heavily rumored for awhile, but the switch has finally been made official: Ryan Dungey will be joining the KTM factory team for next year.

Dungey has signed a two-year contract with the factory, which means he will be riding on the team for both the 2012 and 2013 AMA Supercross and National Motocross Championships.

The move reunites Dungey with his mentor Roger DeCoster, who was team manager at Rockstar/Makita Suzuki in 2010, when Dungey won both the AMA Supercross and 450 National Motocross Championships. The duo are hoping that they can have the same success aboard KTM bikes.

"I'm looking forward to riding for the new Red Bull/KTM team and working again with Roger," the 21-year-old Dungey said in a team release issued today. "I am excited to start something new and am ready for the challenge. I like the way that KTM has backed Roger since he made the switch last year and I appreciate KTM's goal of working hard to develop their race team to earn championships."

While Dungey had a strong season this year, finishing second in the outdoor championships, he was not able to recapture the two championships he won in his rookie season, which may have prompted the switch.