Bike Fest Kicks Off This Weekend At Miller Motorsports Park 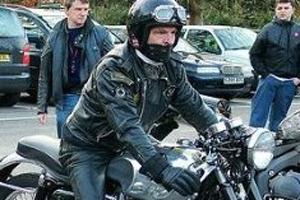 The sixth-annual Bike Fest is scheduled for this weekend at Miller Motorsports Park, with two-wheel fans from across the country descending on the Utah track for a few days of racing, vendors and more.

One of the highlights of the weekend will undoubtedly be the American Historic Racing Motorcycle Association's Bonneville Vintage Grand Prix, which will feature motorcycle models ranging from the 1930s to the 1980s. The bikes will be out for practice sessions on Friday, while the official race will take place over two days on the 2.2-mile East Course at Miller.

However, that's far from the only race scheduled for the weekend, reports the Salt Lake Tribune. Over on the West Course, the Masters of the Mountains series will be holding its sixth race of the season. This is a great chance to catch some modern racing on high-powered sports bikes, with a full lineup of talented riders competing for the podium.

Other series that are scheduled to hold races include the all-electric TTXGP, two separate sidecar racing series and the always-interesting "Battle of the CB-160s." Of course, the vendors will be out in full force as well, selling all the latest motorcycle gear and accessories.