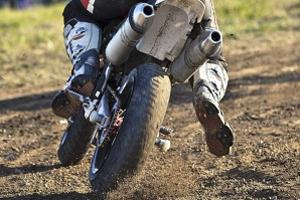 Due to an ongoing investigation into a terrible accident at the Indiana State Fairgrounds, organizers have announced that the AMA Pro Racing Indy Mile Flat Track Grand National will be cancelled this year.

On August 13th, the country music group Sugarland was performing at the site on a special stage set up for the event. High winds apparently jostled the overhead rigging that was supporting the stage, causing the structure to fall and kill five people.

Authorities are still investigating what happened during the tragedy, and thus the fairgrounds, which are home to the flat track area, are closed until further notice.

"We deeply regret that we will not be able to hold the AMA Pro Racing Indy Mile Flat Track Grand National this year due to circumstances completely beyond our control," said C. Bruce Hubley, CEO of Family Events, the promotion company behind the Indy Mile. "The officials at the Indiana State Fairgrounds are not in a position to give us a date to reschedule this season due to the indefinite nature of the ongoing investigation, so we are forced to cancel this year's race."

AMA Flat Track Director Dan Johnsen said that "losing a round is nothing compared to the loss of life," and expressed sympathy with those affected by the tragedy. No word on when or if the round will be rescheduled for a later date.