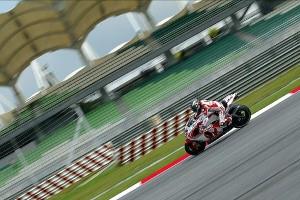 There's often a culture shock for those who travel to Japan, as there are many differences between the U.S. and the Land of the Rising Sun. Only in Japan would you find a sport like "Auto Racing."

No, get that NASCAR image out of your head. Japan's Auto Racing is done on motorcycles - modified sportbikes that whip around asphalt tracks at 150 miles per hour. So where does the "auto" come from? These bikes have no brakes. The riders have to wear steel-tipped boots to keep from hurting their feet as the bikes scream around the tracks.

The latest sensation in the Japanese Auto Racing scene is 19-year-old Maya Sato. Last month, Sato became the first female to ever win an Auto Race. As soon as the sport was opened to women a few years ago, Sato dropped out of school and joined the program. The training center for becoming a full-time rider is akin to a military boot camp, reports Agence France-Presse (AFP). Riders have just five minutes to eat their meals and there are no mobile phones, television or outside communication of any kind.

"I'd be lying if I said I never felt like crying," Sato told AFP. "But I hate to lose. I had my hair cropped short to build up my fighting spirit. I have long dreamt of becoming a professional motorcycle racer, and my resolve was too strong to make me think about quitting."