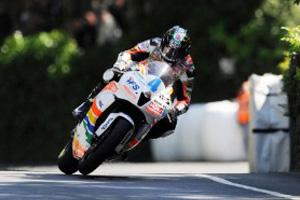 Not many motorcycle races around the world can say that they've been in business for a full century, but the Isle of Man TT will have that honor this Sunday, July 3rd, when it officially commemorates the first race run on the island, all the way back in 1911.

As part of the festivities, riders will be going for an organized tour on a fleet of very interesting historic bikes. All of the bikes are at least 70 years old, and some go back further than 1914. Everyone who participates in the event will get a replica of the 1911 medal that Oliver Godfrey won when he took home first place in the initial Isle of Man TT.

"I would encourage anyone with an interest in motorbikes, or the Isle of Man's history to look out for this event on Sunday," said Richard Birch, Chairman of the Isle of Man Vintage Motorcycle Club. "It is a great opportunity to recognize one of the most significant events in the Island's long history and will be a chance to see some of the world's most interesting motorcycles in action."

As if the cool bikes weren't enough, the riders will reportedly be decked out in vintage motorcycle gear from the time period, really making the spectators feel as if they were at an event back in the day.