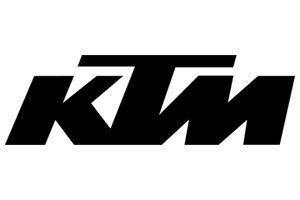 KTM earned two spots on the podium at the eighth round of the GNCC Series as KTM support rider Nate Kanney earned 2nd overall followed by FMF/KTM rider Charlie Mullins who finished 3rd.


Both riders started the race inside the top ten and quickly moved up through the pack. Kanney and Mullins came across the first lap in 2nd and 3rd place. Mullins moved into the lead at one point early in the race before he became tangled with a lapper and lost precious time. When he recovered he had fallen to 5th place and he spent the remaining three laps working his way back onto the podium.


Kanney started 2nd and remained in 2nd to earn his best finish this season. "I love this race and am very excited to finish on the podium here. It was a tough ride today but I had a lot of fun," remarked Kanney.


Mullins commented, "I am excited to get 3rd here. I have always had bad luck at this race and to land on the podium is great news."


In the XC2 class, KTM support rider Steward Baylor rode his most impressive race of the season. Baylor put his KTM two-stroke in the lead early on and went on to take a huge win. In addition to winning his class he placed 3rd in the overall combined finishes.


"My bike worked great today," remarked Baylor. "The course was so muddy and challenging but the two-stroke handled it well. I had no issues and put in a great ride."


Continuing her winning trend, RPM/KTM rider Maria Forsberg, took another win in the Women's Pro class. Forsberg lead every lap of the race and went on to win by eight minutes.