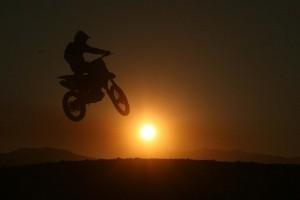 It's pretty difficult to have a better week of racing than Justin Bogle recently put together at the 2011 Monster Energy Mammoth Motocross in Mammoth Lakes, California, as the rider won every race that he suited up for.

Held from June 16th through the 26th, the event consisted of a wide range of races in a number of different classes and formats. Bogle competed at the pro level in all his races during the week as a member of the Factory Connection Honda team. Racing in the Open, 450 and 250 classes, Bogle ended up taking home all three by a comfortable margin, completing a week of dominance that included wins over Ryan Hughes, Jessy Nelson and Chris Pluffe.

Hughes ultimately did not have bad week himself, winning the veteran class by beating famous racer Jeremy McGrath. Hughes also ended up winning the FMF Two-Stroke class over Michael Lapaglia, although this was not without controversy. The two riders ultimately had to be separated by race officials after they came to blows following a heated exchange about an on-track incident.